Into the Funkoverse: New Tabletop Game from Funko 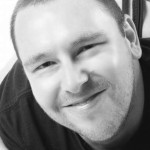 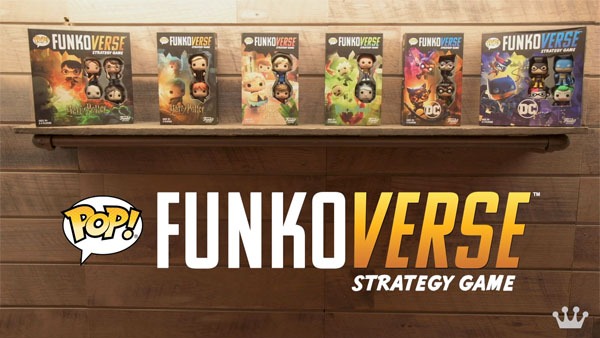 Have you ever wanted to play with your Funko POP! Collection but couldn’t bring yourself to busting open the packaging? Funkoverse is a brand-new strategy game featuring some of your favorite pop culture characters in a battle for the ages. Combine your favorite characters and go head-to-head in four exciting game scenarios. Use your characters’ unique abilities to gain points and achieve victory!

Funkoverse is a miniature game for two to four players ages ten and up. You can choose a two-pack or four-pack set, each complete with two-sided game boards, components, and full game rules, everything you will need to start playing! The packs also include scenarios to play through to add even more depth and tactics to gameplay. But don’t let that daunt you—Funkoverse is designed so that longtime players of miniature games and players new to the genre can jump in and play!

Funkoverse functions like many other strategy board games. Each turn, players can perform two actions with a unit, including moving across the board, challenging or using any of its own unique abilities. Those powers are based on a cooldown system,meaning players will have to wait a few turns before they can use them again. The stronger the power, the longer the cooldown. Since each unit is unique, players can mix and match franchises to figure out their favorite character and power combinations.

Funkoverse is now available in stores right now so head to your nearest retailer ro get your hands on this amazing games. Just straight into the verse and go face to face with friends in the ultimate POP! battle.

Passionate about good board games and spending time playing them with amazing people.