It’s 1977 and the first Star Wars film has been released, and with it, one of the most iconic space dogfight scenes even to this day. Even now you can imagine it, our ragtag group of heroes approaching the Death Star in an assortment of iconic ships, the X-wing, the Y-wing, and the A-wing to name a few; heroes such as Luke Skywalker and Wedge Antilles. The howl of empire TIE fighters, flashes of red and green as they exchange shots, and explosions as both sides suffer casualties. One by one our heroes are picked off, as the terrifying Darth Vader chases Luke Skywalker down the trenches of the Death Star. In the end, a well aimed proton torpedo shot is the difference between victory and defeat.

As gaming enthusiasts, I’m sure we’ve all wanted to capture this energy and excitement on the tabletop at one point or another, well what if I told you there was a game that did just that?

Published by Fantasy Flight Games, X-Wing is a tabletop miniatures game that was first released in 2012. It’s a tactical dogfighting game played with starfighters from the Star Wars universe, with iconic ships such as the eponymous X-wing, TIE fighter, and Millenium Falcon (to name a few, there are close to 80 ships in the game at time of writing). The game is easy to learn but hard to master, and almost the entire scope of the game can be taught between 15 and 60 minutes. The real mastery comes as the player learns how to properly fly their given ships, and what to expect from their opponents.

The game is played on a 3’x3’ (Roughly 90x90cm) board, and there are no squares or hexes for movement. Movement is instead done with a variety of movement templates, and players simultaneously select the maneuvers their ships will perform using a dial (kept secret until it is time to move that ship). After moving a ship, players may perform a number of actions based on the ship and pilot, as well as any upgrades it may have. Finally, the exciting part. If ships are in range, players will enter the shooting phase and take turns shooting at each other. Players have access to two types of dice; red dice for attacking, and green dice for evading. Players will roll their dice, apply any modifiers, and once results have been cancelled damage might be applied. Once a ship has been damaged enough, it is taken off the board. A typical game is played to a timer of 75 minutes, or until one player has destroyed all of his opponent’s ships. Considering the focus on dogfighting and squadron based play, legal tournament lists range from 2-8 ships, although there are casual game modes that can see players fielding far more ships than that.

Years later the game is still going strong, with regular releases of new ships, upgrades, and pilots. Since 2018 we have been playing X-Wing version 2 (Simply called 2.0), and there are 7 factions available for players to choose from. These are the Rebellion, Empire, Scum & Villainy, Republic, Separatists, First Order, and Resistance. Regardless of your favourite Star Wars movie or which characters, ships, and playstyle you find yourself drawn to, X-Wing likely has what you are looking for.

X-Wing is a competitive tabletop game with a healthy competitive scene internationally and in South Africa. There are multiple regional and store events yearly, with Nationals happening once a year rotating between Cape Town and Joburg. These events range from a dozen to sometimes over 40 players. FFG also provides healthy support to these events as participating players can win acrylic tokens, acrylic movement templates and range rulers, translucent dice, metal coins, and alternate art cards for their favourite ships, pilots, and upgrades.

Having played a variety of competitive games in my years as a gamer here in SA, I can easily say that X-Wing has been the most warm and welcoming, with players always keen to show newbies the ropes. Even in tournament games, there is always the attitude of “Fly Casual” as players remind each other of their various moves and triggers, and never take the game too seriously. Having started as a new player last year in November, simply mentioning to players that I was new resulted in me being inundated with tokens, cards, and premium acrylic rulers from players that had duplicates – the only condition being that I do the same for new players in the future. I’ve received a good amount of coaching from the more veteran players, with them making suggestions during our games even if it puts them in a worse position, or guarantees that I will destroy one of their own ships or keep one of my ships from being destroyed (even during tournament games).

As hinted earlier, Cape Town and Joburg are currently the two main hubs for competitive X-Wing play. We have just over 50 regular players here in the Cape Town scene with the main spots to play being Durbanville Games, Pandemonium Games, Sword and Board Games, and Stone Circle (a craft brewery near the city centre). Players in Gauteng are split between Joburg and Pretoria mostly, with over 60 players (40 of which play regularly). The two stores people mostly play at are Nexus and Geek Home, with the main clubs being Warzone, Three Plus, D20, and Warbanner.

A Nation in Lockdown

Despite the physical nature of this game, there are thankfully two methods in which X-Wing players have been able to schedule and play games online. These are:

I recently participated in an online national league for X-Wing hosted by Solarpop which was played in Tabletop Simulator, and these games were fun and casual. It felt great to get some ships on the table and throw some dice while having the usual in-game banter with my opponents. While it is not a replacement for the great tactile feel of playing on a physical tabletop, it does come close. It also allows players to test out new and fun strategies and lists with ships they don’t yet own, before buying them from their local friendly game store.

As a final note, players looking to get some practice in before facing real opponents are in luck as well. There is a free community developed game called Fly Casual, allowing players to build lists and fly against AI opponents. This can be some great practice when first learning to fly, but the AI opponent can be brutal at times.

How Can I Get Involved?

The first steps would be learning how to play the game, and then learning how to use either Vassal or Tabletop Simulator. Then, come chat to us on Discord, and we’ll all be happy to play some games and hopefully put you in touch with your local league. Here are some great resources: 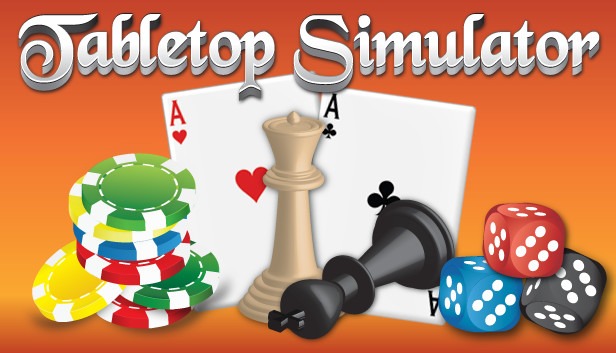 X-Wing is a great game for the casual or competitive player, as well as players that just want to collect and fly their favourite ships from the movies. With all the online resources available, you can even get started today!

So go forth and find some wingmates, fly casual, and may the force be with you.